JSSGS Statement on the Sexist Remarks by Yoshiro Mori, Chairman of the Tokyo Organizing Committee for the Olympic and Paralympic Games

February 24, 2021
The Board of Directors, Japan Society for Sport and Gender Studies

At a special council meeting of the Board of Trustees of the Japanese Olympic Committee held on February 3, 2021, Yoshiro Mori, President of the Tokyo Organizing Committee for the Olympic and Paralympic Games (hereinafter referred to as the Tokyo 2020 Organizing Committee), made comments to the effect that “meetings with many women in them take a long time” and “(women) have a strong sense of competition”. He also shared an alleged concern that “if we increase the number of female board members, it will be difficult to finish the meetings unless we regulate the speaking time to some extent” without renouncing such an opinion (Yomiuri, Asahi, Nihon Keizai, Mainichi newspapers, NHK, February 3-4, 2021).

At a press conference held on the afternoon of February 4, Mr. Mori apologized, retracted his comments, and acknowledged that his comments were “inappropriate and against the spirit of the Olympic and Paralympic Games.”

For the 20 years since its founding, Japan Society for Sport and Gender Studies (JSSGS) has critically examined sexist perceptions and organizational practices in the sporting world and works for change by providing information to sporting organizations and the public. Mr. Mori’s remarks and the reaction of sport officials who were present at the time of his remarks can only be understood as evidence that discrimination based on gender is widespread in the organization that is in a position of leadership in Japanese physical education and the sports world.

JSSGS Board of Directors view Mr. Mori’s statement as arbitrarily created, not based on objective evidence, and contemptuous towards women. His statement denies women’s participation, not only in the field of sport, but also in Japanese society at large. It shows that he does not recognize the gravity of the problem that women’s advancement has been extremely delayed in Japan.

In addition to his position as Chairman of the Tokyo 2020 Organizing Committee, Mr. Mori is also the current Chief Advisor of the Japan Sport Association and former Prime Minister of Japan. Thus, he is in a position to have long-term and significant influence on the world of Japanese sports and, by extension, Japanese society as a whole.

The Olympics and Paralympics are highly public sporting events in which enormous amounts of taxpayer money is invested. As the chairman of the organizing committee and the chief advisor of the Japan Sport Association, simply apologizing and retracting his remarks should not excuse the incident. It is essential that the retraction of Mr. Mori’s remarks is accompanied by a clear policy and concrete measures to ameliorate sexist perceptions and gender inequality created by the organizing committee and that society is informed of the status of their implementations.

In Japan, in April 2017, Japan Sports Agency, Japan Sport Council (JSC), the Japanese Olympic Committee (JOC), Japanese Para-Sports Association (JPSA), the Japanese Paralympic Committee (JPC), and Japan Sport Association (JSPO) have jointly signed the Brighton plus Helsinki 2014 Declaration on Women and Sport, an international recommendation on women’s sports. Therefore, it is necessary for all of these major sports-related organizations in Japan to demonstrate that they are committed to gender equity in the sporting world with clear policies and concrete measures. Only then it can be demonstrated that Mr. Mori’s statement does not represent the entire world of Japanese sports and show the value of sport in influencing social change.

The leaders of Japanese sport organizations are being asked to reflect on what they will do to help the Japanese sports world face up to this issue and move in a better direction.

As a reference, we point out that Mr. Mori’s statement is contrary to all of the following principles, policies, and provisions related to Tokyo 2020 (Excerpted only where relevant to this case).

JSSGS Statement on the Sexist Remarks by Yoshiro Mori, Chairman of the Tokyo Organizing Committee for the Olympic and Paralympic Gamesdownload 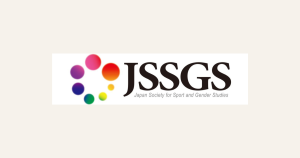